Over 41 years of televised

About Between The Banks:

E-Mail Bob for a chance 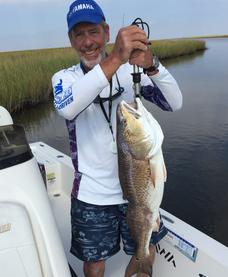 ​          Hello, and welcome to Between the Banks, the longest airing fishing television show in Louisiana history. We produce 26 new shows each year. You can watch us the web, from this site directly, or on cable television. Between the Banks Television show also airs on YouTube, search Bob Gourgues to access the YouTube channel. The TV channels we air on are LCN (Louisiana Connection Network), Charter Communications, Vision Communications,Cox Cable in Baton Rouge and Lafayette, RTC, KTC, and Eatel Communications. Not only is Bob Gourgues the show's Host, but he is also the Executive Producer. He has over 55 years of Fishing experience. He is also a Co-Chairman for the Leeville Fishing Village and Cultural Preservation Commission. All shows are recorded out of Boudreaux's Waterfront Motel in Leeville, La. 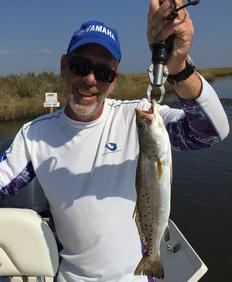 ​  Capt. Bob started Between the Banks on November 10th, 1978. Over 1500 globally aired episodes and still counting! He is one of the most respected Fisherman in Louisiana History... He has successfully competed on circuits like BASS, Southern Kingfish Association, IFA Redfish Tour, Billfish circuit, and Area Tournaments and Rodeos.

The latest Episode of Between the Banks Fishing TV show.

You can watch past and recent episodes on YouTube. To access my YouTube channel search Bob Gourgues, click on the people icon and now you have access to over 100 episodes of the most recent episodes of Between the Banks television shows.Type your paragraph here.